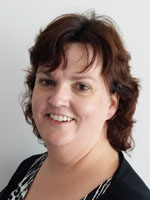 Leanne has been a member of Altrusa since 1994, over the years Leanne has undertaken roles at all levels of Altrusa. She has held many offices in her club and on the District level, she served as District Governor 2009 -2011. Also, on the International level, Leanne has served on the International Board as Treasurer, Vice President and President-Elect. Leanne is a fully qualified Chartered Accountant since 1994 (equivalent of the United States CPA), and for the past eighteen years, she has been working for Waitomo Petroleum Ltd. as the Chief Financial Officer and is responsible for financial reporting, systems development and strategic/business planning. In addition to her other professional interests, she currently serves on the Board of Trustees for MS Waikato Trust and on the board for the Assistance Dogs of New Zealand Trust. 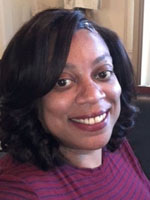 Tanika began working at with Altrusa International, Inc. in 2000, where she is currently the Executive Director. She has honed her skills over the years working in various positions at Altrusa International, Inc. which has given her a deep understanding of the organization Altrusa and its core values. Tanika oversees the three staff members at the head office and has implemented various programs for them to learn and grow not only in their direct positions but also in their overall skills to better assist the organization's members.

Tanika has earned a Master of Business Administration degree from National Louis University. In her free time, Tanika enjoys spending time with her family, is an avid gardener and enjoys testing out new recipes.