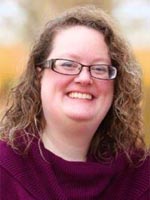 Mrs. Ellington has worked at Sertoma since 1998. In 2001 Amy was promoted to Director of Finance/Administration. Amy holds a master's degree in Accounting with an emphasis in accounting information systems from the University of Missouri - Kansas City.

Amy's outside volunteer activities include being a former member of the fundraising committee for Camp Encourage (regional camp for children with autism) and currently a member of the Liberty Robotics Foundation (charitable foundation in support of the local high school robotics team and community STEM activities). 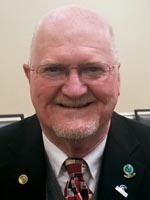 John Kelly joined the Raleigh Sertoma Club in 1991, and has been serving the national organization and his community ever since. As a retired and former staff attorney of the N.C. Court of Appeals, the majority of his time has now been spent volunteering and leading.

John is a life member of Sertoma, and has held an impressive amount of leadership roles including: Club President, District Governor, Director, Foundation District Representative and currently president-elect.
Throughout the years, he has played a fundamental role in building clubs, and initiating CELEBRATE SOUND Don't Walk in Silence® events to raise money and awareness for hearing health. John also coordinated the statewide delivery of emergency weather radios for deaf and hard of hearing households. His continued effort and passion for making a difference has not gone unnoticed either.

John has won several awards, and was even presented with the 'Order of Long Leaf Pine' award by Governor Roy Cooper for his commitment and community service. He was also a recipient of the Jack Heiman award for outstanding services to Stein Collectors International.

John was the co-founder of the Carolina Steiners, and has served as the chapter development officer (four years), secretary (two years) and vice president of membership (four years).
As an individual with hearing loss and a heart of gold, John continually works to create a healthier hearing and better world for men, women and children around the United States.